“I write regarding BBC 4’s “Sound of song” series. It was with trepidation that I watched the final episode. All previous episodes had been an entertaining if not always accurate potted history of the history of the song. It is impossible it has to be said as who knows how far undocumented songs go back in time, however, nothing truly prepared me for the rose tinted glasses Prozac popping presenter and his denial of the truth in the final episode.
It was almost embarrassing.
We had an “isn’t it wonderful” silent disco. Isn’t it rather sad the communal experience is truly lost in favour of people in a world of their own in company with others, yet in isolation? Oh yes…I guess on some handheld device they might be letting someone in on what they are listening to on the other side of the world…who they have never met.
The “Autotune” segment was also ludicrous. The vocal of the singer hired for the show was superb but was utterly ruined by what has become an overused clichéd piece of technology. Within a futuristic Kraftwerk style vision of the future fine but used on every song that otherwise might have sounded decent is just a joke. As is the fact that this “1998” invention actually has a not too distant vocal cousin with “Sparky’s Magic Piano” from the 1940’s!
Ignored was the fact that nearly every other person you meet admits that music is not what is used to be – both creatively and musically… let alone politically or sociologically speaking.
What about the remarkable new wave era? There was no mention of the two tone ska movement, Electropop and the New Romantics and all the bands from XTC and Big Country to Simple Minds or The Cult and Siouxie and the Banchees, who were at different times riding all sorts of movements and influencing them at different times. Bands such as The Jam or unusual moments such as Bohemian Rhapsody by Queen or Vienna by Ultravox were skirted over – but most notable of all was surely one of the most important significant moments in popular music history…”Cars” by Gary Numan – the first vocal and synthesizer international hit. Numan was the “Elvis” of electronica in a sense. Again the programme proudly educated us that the extended remix was an invention of American disco. Again, this is not true, it was Lee Scratch Perry , the classic Dub Reggae legend that pioneered the extended mix. Indeed, “Toasting” pre dated rapping and was a style of rhyming words over a beat…sound Familiar? We are talking about 1970 – ten years before Rap.
It was highlighted how the internet has produced more creativity than ever but how on earth can you be discovered, like a needle in a haystack when there is just too much of everything?
It should be about quality not quantity! Music sales have been sliding to an all-time low in the last 25 years.
Music is the darling of the manufacturers of product and the marketing and business interests produce a product above all substance.
It is the tragedy of this that was so typically ignored in your programme. Once again a poor BBC music documentary – on a par with your unfortunate eighties series last year, that managed to make the greatest of decades look daft in the extreme. Mainly due to ignoring all the best bands – just as “sound of song” has.

I now write regarding your long awaited “Pop Arts – Kraftwerk” documentary.
Paul Morley made a series of plain silly statements in what otherwise was an impressive documentary…at least to begin with. To compare to the Beatles is like saying “Handel was genius, whereas Beethoven is a bit over rated really”
To compare is daft! Both the Beatles and Kraftwerk are part of a wonderful era in creativity in popular and underground music. The Beatles played with electronic influences years earlier and whilst I empathize how the Beatles have always been acknowledged whilst Krattwerk have not, that is obviously as the contributors show…incorrect. It is like putting down Van Gogh to champion Picasso.
The description of a clichéd rock performer to highlight how superb Kraftwerk are is like saying Jimi Hendrix or The Doors have no merit in comparison. Not least many may think Kraftwerk might not be for them as a result. This would be tragic. Also Morley’s comment that original members being missing is of no consequence – well has anyone asked those original members or the fact only one partially new album has been produced in 30 years?! I know how Morley feels and empathize that Kraftwerk do have a unique concept that transcends ego and even humans in preference of Kratwerk robots…however, surely the lack of output since the late eighties and the leaving of those original members is worth noting?
Throughout the programme we saw endless comparisons with styles of black music that actually share very little of the vision and futuristic menace of Kraftwerk. I speak of “Hip Hop” and “Trance Rave” and House music’s. They undoubtedly have their merits, at least to begin with – but other than an admiration which was enjoyable to hear and the use of the same instruments I found the presenter/writer’s endless comparisons very disappointing. A segment of the show could have been devoted to the influence undoubtedly, but what about the earlier, perhaps even greater influence on a whole generation of acts from Gary Numan to OMD, to Human League and Japan to Ultravox, Simple Minds, A Flock of Seagulls, Duran Duran, Spandau Ballet and Visage. Yet this whole revolutionary influence was ignored.
Instead we get repeated plays of a bland Coldplay stadium gig and a series of repeated segments from the same individuals, who whilst interesting, where limited in scope. This whole documentary was not only trying to reinvent history but was ultimately a wasted opportunity…disappointing. 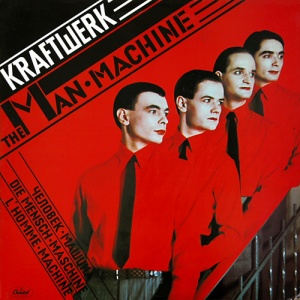 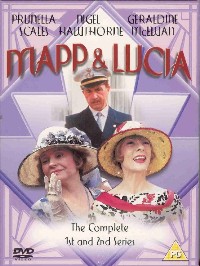 Pleased as punch with this review from respected composer Richard Hill –
http://en.wikipedia.org/wiki/Richard_Hill_%28musician%29
An occult treat, 10 Aug 2014
By
Richard Hill
This review is from: The Vril Codex (Paperback)
For those who like stories of the supernatural in the mould of Dan Brown or the great Dennis Wheatley, this first novel by Ben Manning is simply a must! From the comfortable, leafy, well-healed London suburb of Barnes, to the faded, mysterious grandeur of Berlin, this occult thriller carries us along into the realms of romance and conspiracy, history and legend, horror and the supernatural, with Ben Manning’s sharp and succinct writing giving us an almost visual experience of the action. The Vril of the title, the Thule Society, Norse mythology and resurgent, secret Nazi cults, all conspire to make this one of the most enthralling and chilling reads I have enjoyed in a long time. Well done, Ben Manning!
Published 10 August 2014 by Richard Hill
http://www.amazon.co.uk/review/R1NO6JBB44NGE9/ref=cm_cr_dp_title?ie=UTF8&ASIN=B00EPQT0GA&channel=detail-glance&nodeID=341677031&store=digital-text

Fantastic to be published in the latest publication which is available at Coleridge Cottage and to subscribers. So pleased to give Ken Russell’s lost Coleridge film some coverage!